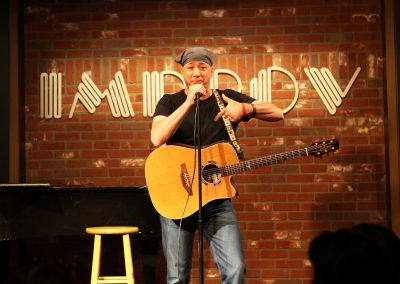 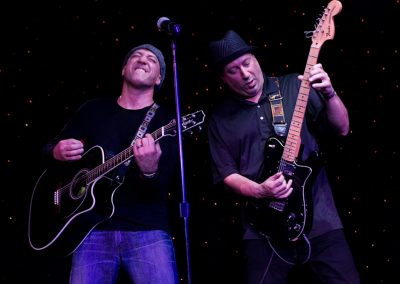 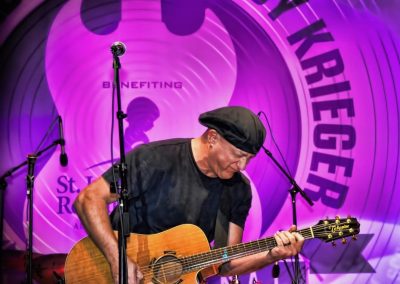 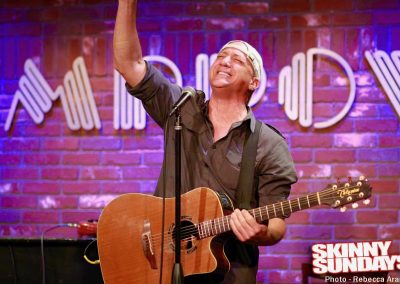 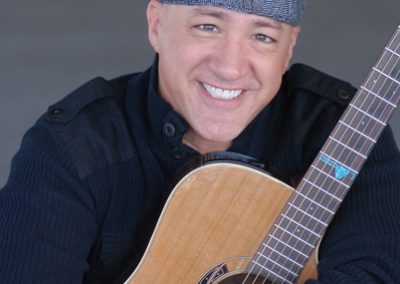 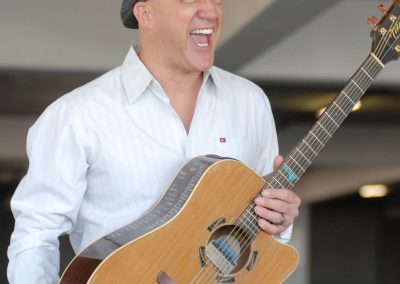 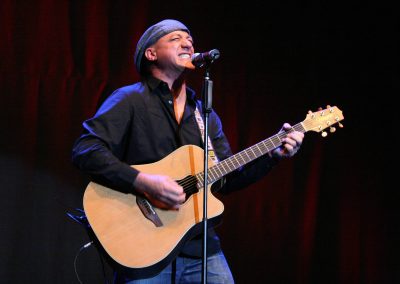 As if performing 100-pus shows a year for names like Verizon®, Bayer®, Disney® & Vans® isn’t enough, Eddie has also sung some of the most recognizable jingles for Nickelodeon® & Showtime®.

Originally, Mark Eddie, a seasoned musician with a frisky sense of humor, toured with & opened for national acts Jackson Browne, Melissa Etheridge & Toad the Wet Sprocket while supporting a solo album which was TWICE singled out in Billboard Magazine®.

“One day,  I literally went from rock musician to rock comedian”, says Eddie.   He even “sits in” occasionally as part of all-star band line ups with members of The Doors, Fleetwood Mac, Kiss, Boston, No Doubt, The Doobie Brothers or Steely Dan.  In any situation, Mark Eddie will bring a smile to your face with his unbridled, positive energy.

Dozens of charities & fundraisers are also at the top of Eddie’s priorities.   Type-1 diabetic since age 4, Eddie is committed to his own ‘Rockin Juvenile Diabetes Fund’ through The Community Foundation for the Ohio Valley (CFOV), The American Diabetes Association (ADA), The Juvenile Diabetes Research Foundation (JDRF) as well as St. Jude Children’s Research Hospital.

“How many standing ovations can a comedian receive in one night? To put it mildly, Mark was a hit! Brilliantly funny & such a talented rock musician/singer too. I didn’t think our group was going to let him leave the stage!”
Bayer Crop Science
“Let’s see, he was charming, funny and totally lit up the room with his acoustic guitar and magical voice. I’d say we hit a home run on this one.”
Eaton Corp
“I’m grateful to Mark for performing and taking part in several benefits that my wife & I have organized.  I’m a huge fan and a huge friend.”
Patrick Warburton
“Outstanding!  We can’t wait to recommend Mark Eddie to all the meeting planners that we know.”
Welk Resort Group

Turn your next event up to 11!

Ready for a PHENOMENAL event?

…or fill out our form and someone will respond to you within 2 hours.

View More Sites In Our Network